The Most Viral CRE Blog Video Ever?

This is one of 2 “Klassics” referenced in the August 2019 KensTrends Newsletter – the other, an irreverent look at media storm coverage is here at Tryin’ to Reason With Hurricane Season.

While I was recently recognized as “newest blogger” by thebrokerlist.com, I have actually been blogging since 2010. At my former company, we offered these options and we began to explore the use of this “new” tool called Social Media to create a sense of community among our 200 corporate tenants, while enhancing awareness across the Boca Raton office and industrial market.

In 2011, I produced a blog video that has generated nearly 2.2 million views. I believe it is the most viewed video ever produced by a commercial real estate company. (Can you beat 2.2 million? Let me know!) It serves as living proof that you never know what will make social content go viral. The key is to keep producing content, cover topics you’re passionate about and as they say, “just do it.”

I started my latest internet venture, KensTrends.com back in 2015. I’m proud of the original content I have produced, and I send a monthly blog and newsletter to nearly 1,000 people. But I have never again come close to 2.2 million views.

The video was the result of a lease I did with ProSource Baseball, a now defunct 11,600 sf training facility at Boca Industrial Park. Miguel Valdez, former coach for the Cuban National Team, was an instructor at ProSource. Aroldis Chapman, who defected from Cuba in 2009, came over to ProSource in March of 2011 to work with Valdez. In 2010, his rookie year, Chapman threw a pitch at 105.1 mph, the highest speed ever recorded in a major league game. Since I was a fan, a player, and the parent of a high school pitcher, ProSource invited me to meet Aroldis and watch him throw a bullpen session at the nearby American Heritage High School. I asked if I could shoot video, and they obliged.

I included the edited and branded 55-second video in a blog post. While most of the 2.2 million viewers were baseball fans and players attracted by the headline “Aroldis Chapman 105 MPH Pitcher,” I’d like to think we developed some additional traction throughout the business community.

A lot of the comments debated whether or not he was throwing 105 in the video, but it didn’t matter. I’m a pretty good judge of pitching speed and believe he was throwing in the upper 90s that day. It really didn’t matter how hard he was throwing. Whether it was 85 or 105, my video gave viewers a close-up study of the pitching mechanics that produced that 105.1 mph fastball. In the ensuing years, Chapman has lived up to expectations, becoming one of baseball’s premier closers for the New York Yankees.

Was this my best blog post and video ever? Probably not. My best blog video, in my opinion, is an interview I did with author Josh Dean in May 2012, which had a total of 326 views at last count. The owner of my former company owned one of the top show dogs in the country, and arranged an interview with Dean, author of “Show Dog: The Charmed Life and Trying Times of a Near-Perfect Purebred.” We recorded the interview on Skype. I’m no Anderson Cooper, but I enjoyed Dean’s book and think I came up with some good questions, learned to use the technology, spliced in some related footage, and created something that was fairly entertaining and informative. And the cameo appearance by Niko, my beloved but now departed Shih-Tsu shows I do have a passion for our furry friends. 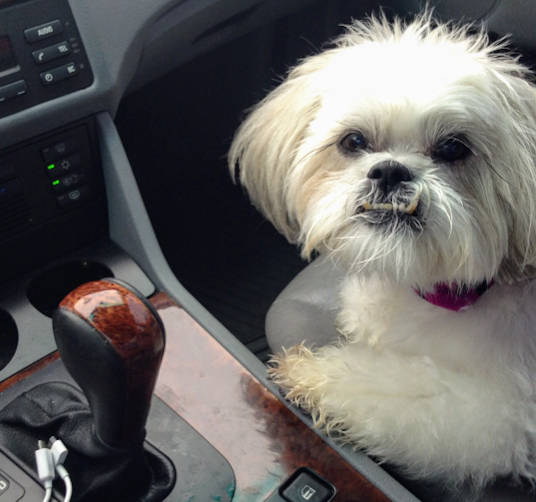 While animals are often the subject of some of the most viral videos on the web, in this case it was my passion, baseball, that garnered such a wide viewership. My former company still receives checks from Google from advertising on my baseball video. But it was only three months after the Dean video that my 13-year run at my former company ended.

So, what did we learn here?
1. Just do it – put quality content out there, and eventually people will pay attention;
2. The content doesn’t need to be about your business – it can be tangentially related as long as it generates interest;
3. Now that I have my own company, this does not apply, but if you have an employer, it may be a good idea for your most popular blog content to reflect the passion of the person who signs the paycheck.