Tryin’ to Reason With Hurricane Season

(Updated June 2022) That is actually the title of a Jimmy Buffett song, but here is my recycled 2012 article on Hurricanes in South Florida. My original title was “Five Things You are Most Likely to

It’s hard to believe it’s been seven years since Wilma, (Now 17, this was written in 2012) but June 1 marked the start of yet another Hurricane Season. We’d normally start again at the letter “A,” except this year with two pre-season storms, we’re already at “C”.  It’s anybody’s guess as to whether our luck will continue, but there is one thing we can be sure of. As soon as a storm even remotely threatens us, the media will be salivating over the next big story. After extensive research, we have come up with the five things you are most likely to hear in the 2012 hurricane season (still holds true in 2022). 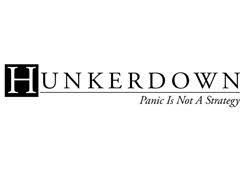 When a storm threatens we are always instructed to hunker down. But what exactly is hunkering?  When the threat subsides, do we hunker up? It seems that the term “hunker” may have originated in the 18th Century from the old Norse Huka – to squat, and its cousins the Dutch Hurken and German Hokken. Funny, I didn’t realize they had hurricanes in Germany in the 18th century.

Another big one is “we’re not out of the woods yet”. Have you ever heard a newscaster in the midst of the storm say: “Jim, I believe we’re in the woods…” Of course, if we were out of the woods, we could turn off our TVs and the networks would take a direct category five hit in their advertising revenue. It’s important to separate media hysteria from fact. We must remember that the media has a vested interest in keeping us glued to our TV’s. Personally I prefer to get my information directly from the Hurricane Center at www.nhc.noaa.gov and pay special attention to the “discussion” which is an explanation of how the forecast was determined. Also a shout out to Mike’s Weather Page which has become my go-to source. Mike is more of a hobbyist than a professional, but he is all over social media he has some great links on his site, and I find him to be a voice of reason and accurate more often than not.   Regardless, I’m sure we’ll hear “we’re not out of the woods yet” dozens of times in the coming months.

Dr. William Gray at Colorado State University predicts that 2022 will be an above average hurricane season with around 20 named storms, and 10 hurricanes, 5 of which will be major. This brings up the obvious question of what is the world’s foremost hurricane forecaster doing in Colorado? It may actually prove that he’s smarter than us. In the coming months, we can expect a few uneasy periods when we are “in the cone” of uncertainty which indicates the possibility of a hurricane strike within 120 hours. 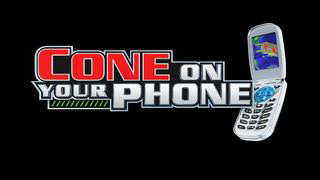 Luckily, we now have smartphones to keep up with the latest information. WSVN, Channel 7 in Miami had a free text service when I wrote this article in 2012 which is now an app. This service is promoted as “the cone on your phone.” You’ve go to love it…or hate it. (Note the 2007 flip phone – you can now search “cone on your phone” or “WSVN Hurricane Tracker“.

We are significantly more prepared as a community as a result of lessons learned from Francis, Jeanne and Wilma. Many gas stations and grocery stores are now generator equipped, we have stronger power lines and traffic signals and our communications system has been fortified by generators on cell towers. Many of us have installed shutters or impact windows and have purchased generators. The community is better prepared, but we can’t let our guards down yet! (hey, that’s #4 !)

Finally, when a storm threatens, we’ll see all the experts seeking their 15 minutes of fame. My first memory was Dr. Neil Frank who ran the National Hurricane Center from 1974 to 1987. He started a trend by taking his signature crewcut to a higher paying TV job. We still see former directors Max Mayfield, Rick Knabb and others getting national screen time. Maybe the current director Ken Graham will  become the next media superstar.

But the undisputed King of Hurricane Season is still Miami’s Bryan Norcross. To long-time South Florida residents, Bryan is a true hero. Back in 1992 as weatherman on WTVJ in Miami, he took phone calls over the air and saved lives by telling people what to do as their roofs were blowing off during Hurricane Andrew. For that, the community will always be grateful. Bryan’s career skyrocketed as a result and he has gotten a number 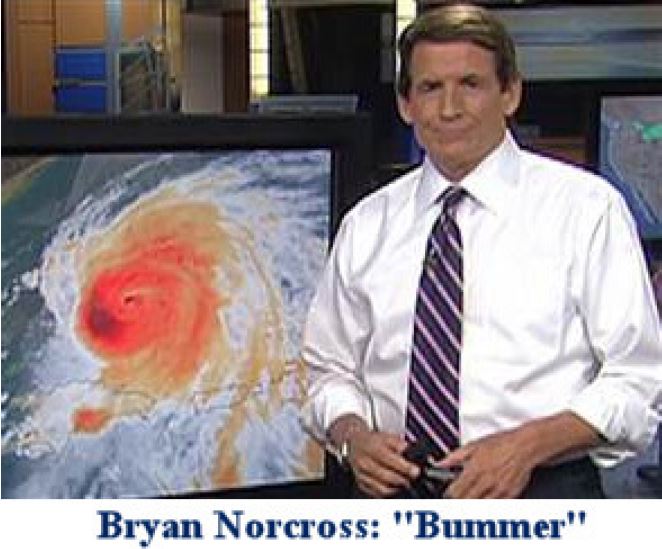 of network gigs and a spot on The Weather Channel. Unfortunately, he now realizes that the worse the hurricane gets, the better it is for Bryan Norcross. To me, it seems that Bryan now roots a little too hard for the Hurricane. I don’t have an actual transcript, but this is a simulated interview between Brian and former Hurricane Center Director Max Mayfield.

Bryan: Do you think this storm will hit South Florida
Max: From our seven scientific models and analysis from NASA and a NOAA fly-in, we
are certain the storm will turn into the open waters of the Atlantic and quickly dissipate
Bryan: But couldn’t it suddenly intensify and turn back our way?
Max: Not going to happen Bryan
Bryan: Isn’t there even a tiny little chance?
Max: Sorry Bryan, you’re going to have to wait for the next one
Bryan: Bummer

When the next big one comes, I’ll be watching Bryan Norcross, but please Bryan, tone it 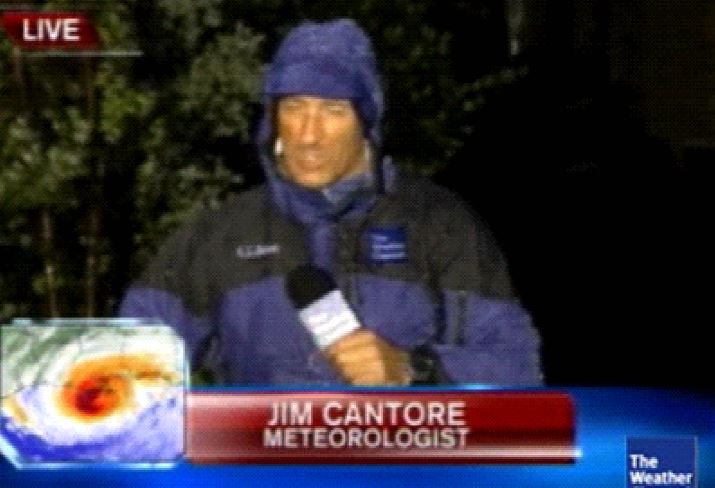 down just a bit. Honorable mention goes to the Weather Channel’s Jim Cantore. Whenever a storm threatens, it is Jim who has the unenviable task of reporting from the expected point of landfall. Somehow, he seems to enjoy it. A warning; if you look out into your front yard and see Jim Cantore, you know you’re in big trouble.

We hope you’ve enjoyed our somewhat lighthearted take on hurricane season. Please keep in mind that hurricanes are serious business and that you should always be prepared. In the event a storm threatens. Be prepared to hunker down – if we only knew what that meant. With six months of Hurricane Season in front of us we’re certainly not out of the woods yet. When in doubt, please check “the cone on your phone,” or Mike’s Weather page, but never, ever “let your guard down!” And do some channel surfing and I’m sure you’ll find Bryan Norcross. Finally, if you see Jim Cantore in your vicinity, it may be a good idea to find a windowless room in your house and hide under a mattress.