Walkway from Spaces to the main tower of Las Olas Square 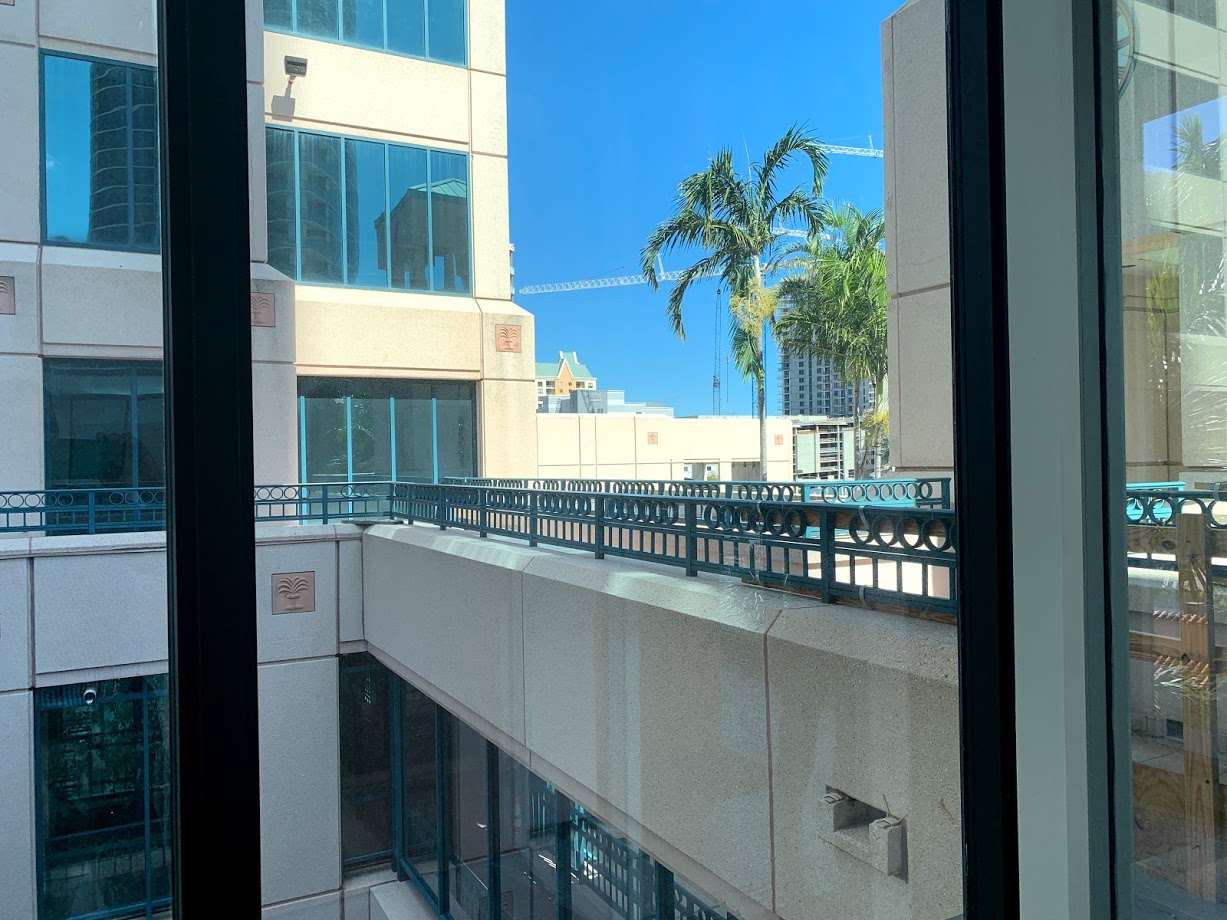